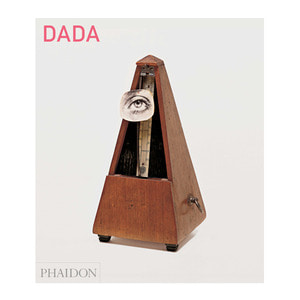 Subversive, irreverent and fiercely anti-authoritarian, Dada made the radical suggestion that anything could be art and anyone an artist. Emerging in the middle of the First World War, Dada writers and artists attempted to dismantle traditional values, norms and codes of communication and thus to deconstruct contemporary culture. They pioneered experiments in interventionist collage, assemblage, performance and the inclusion of the industrially produced readymade. A decisive influence on the development of art during the twentieth century, most of the movements that followed have traced their roots to Dada.

This volume presents a rich selection of the Dadas’ experimental visual and literary works. Covering not only Western Europe and America but also Central and Eastern Europe, Japan and later Neo-Dada, eminent scholar and Director of the International Dada Archive Rudolf Kuenzli gives a lively, accessible and comprehensive assessment. Linking visual art, performance and literature, this is a fresh treatement of Dada as the Dadas saw it.

Survey Rudolf Kuenzli surveys Dada in its historical context and examines its significant impact and resonance in art and culture today.

Works provides an extensive colour plate section with extended captions for every artwork. Organized chronologically and geographically around major explosions of Dada activity, from its inception in Zurich we follow Dada to New York, Berlin, Hanover, Cologne, Paris, Central and Eastern Europe, and Japan, finally looking at Neo-Dada.

It is a roll-call of the avant-garde: Hugo Ball at the Cabaret Voltaire, Hans Arp’s Automatic Drawing; Marcel Duchamp’s readymades and Man Ray’s assemblages; Francis Picabia’s paintings linking machine and human form; collage with political comment from Raoul Hausmann and Hannah Höch; Kurt Schwitter’s all-encompassing concept of Merz; Max Ernst; from the East, the graphics of Lajos Kassák and El Lissitzky; Okada Tatsuo’s constructions and fireworks attached to the cover of Mavo magazine. A look at Neo-Dada includes Robert Rauschenberg’s Erased de Kooning and the Happenings of Hi Red Center.

Documents collects original Dada writings, researched at the International Dada Archive and sourced from around the world. Poetry, manifestos and statements are presented together with letters between Tristan Tzara and Marcel Duchamp; Beatrice Wood describes ‘The Richard Mutt Case’ (the first exhibition of a urinal) to her readers of The Blind Man in 1917; and in recent interviews artists such as Allan Kaprow and Arman relate their Dada inheritance.

Rudolf Kuenzli taught courses at the University of Iowa in contemporary theories, literatures and cultures of the 19th and 20th centuries, interarts, and the avant-garde. He has published books on Marcel Duchamp, Dada and Surrealist Film, André Breton, Surrealism and Women, and New York Dada. He served as the editor of Dada/Surrealism and the Director of the International Dada Archive at the University of Iowa.

Phaidon is the premier global publisher of the creative arts with over 1,500 titles in print. We work with the world's most influential artists, chefs, writers and thinkers to produce innovative books on art, photography, design, architecture, fashion, food and travel, and illustrated books for children. Phaidon is headquartered in London and New York City.